The regulation of hepatic metabolism by mTORC2 and Foxo transcription factors

Rapamycin, an inhibitor of mechanistic target of rapamycin complex 1 (mTORC1) induces metabolic disruption which have been attributed in part to the “off-target” inhibition of mTOR complex 2 in the liver. We have previously shown that hepatic deletion of the mTORC2 component Rictor results in glucose intolerance mimicking that induced by rapamycin, and activates FOXO-1 dependent gene transcription. In this study, we are investigating the role of hepatic FOXO1 in the response to genetic or pharmacological inhibition of mTORC2. 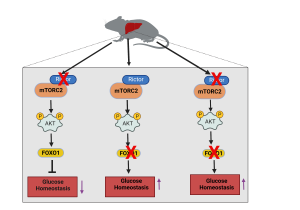 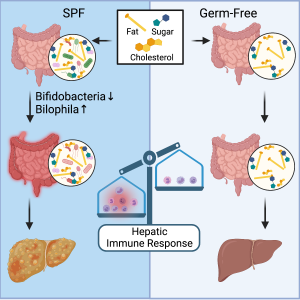 SCFAs are major products of bacterial metabolism in the human intestine with acetate, propionate, and butyrate being the most abundant. SCFAs are sensed in mammals via the G protein-coupled receptors GPR41, GPR43, and GPR109a. SCFAs ameliorate hypercholesterolemia-induced diseases including atherosclerosis and NAFLD through epigenetics and immunomodulation. Whether these effects are mediated by SCFA receptors is unclear. The aim of this project is to systematically assess the roles of GPR41, GPR43, and GPR109a in gut permeability, NAFLD, atherosclerosis, and inflammation. I will use hypercholesterolemic single KOs for each receptor and WT mice, to determine their roles in disease progression. 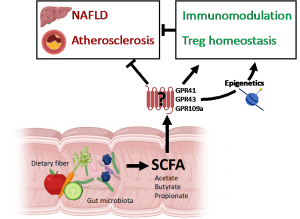 The mechanistic activation of the histone deacetylase SIRT6 to restore liver function in NASH, nonalcoholic steatohepatitis

Manifestation of non-alcoholic steatohepatitis, (NASH) is widely attributed to both genetic predispositions and exacerbation from the typical high fat/high sugar content present in the typical Western diet. Within human and mice models of NASH, SIRT6 has been identified as a key regulator of hepatic lipogenesis, triacylglycerol buildup, and protection against NASH development in mice. My project is focused on understanding how SIRT6 catalyzes deacetylation on physiologically relevant chromatin-like substrates, the nucleosome core particle, and how this activity may be activated for potential therapeutic treatment of NASH. 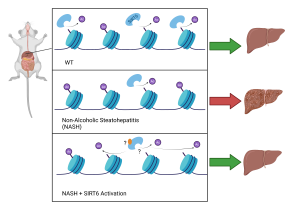 The acinar cell, the major component of the exocrine pancreas, is responsible for synthesizing and secreting digestive enzymes called zymogens.  During pancreatitis, zymogens become prematurely activated inside the acinar cells causing auto-digestion and inflammation.  Palliative care is the only current treatment protocol for pancreatitis, which is responsible for over 500,000 hospitalizations and costs 3 billion dollars annually. The Groblewski lab is interested in the mechanisms of secretion and autophagy, which are integral to maintain acinar cell homeostasis and become dysregulated during pancreatitis.  We have recently discovered a role for the endosomal regulatory protein D52 in coordinating secretion and autophagy by driving vesicular trafficking involving clathrin-coated vesicles and the autophagy proteins ATG16L1 and LC3.  I am working to define the protein interactions between these entities and understand the functional consequences of disrupting their binding on acinar cell function and disease development and progression. 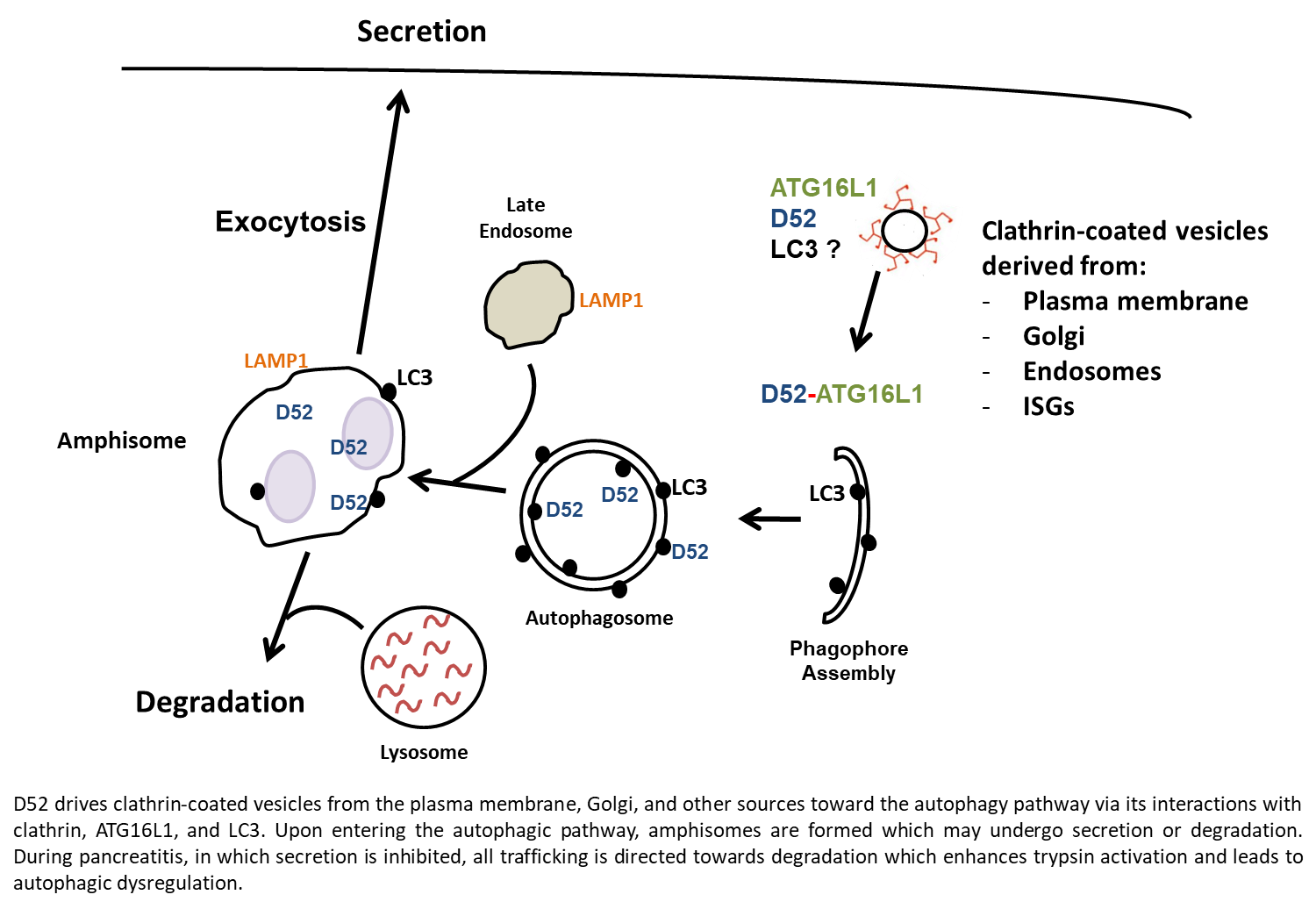 The gut microbiome in infancy plays an important role in development and maturation of intestinal tissues, training of the immune system, and metabolic processes that shape health immediately and throughout the lifespan. Gut microbes been shown to utilize and respond to serotonin which is peripherally produced in the gut. Approximately 10% of women are treated with selective serotonin reuptake inhibitors (SSRIs) during the perinatal period. Using a mouse model, we seek to determine whether perinatal SSRI exposure influences development of the maternal and infant gut microbiome in patterns that shape gut health and permeability. 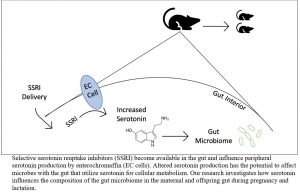 Obesity affects 40% of the U.S. population and has numerous associated health conditions. Our research group has reported that “cut-points,” or thresholds above which disease incidence can be accurately detected, occur at overweight or obese BMIs for multiple conditions, including cardiovascular disease, hypertension, hyperlipidemia, obstructive sleep apnea, and type 2 diabetes. Although we did not identify a cut-point for gastroesophageal reflux disease, depression or chronic pain, there was a statistically significant association between their incidence and increasing BMI. We will be including pancreatitis, diverticulosis/diverticulitis, non-alcoholic fatty liver disease/non-alcoholic steatohepatitis (NAFLD/NASH) as new variables of interest based on more emerging data supporting a link between BMI and incidence. My research project objective is to identify whether BMI cut-points exist for 14 obesity-related health conditions utilizing nationally representative data from the Patient Centered Clinical Research Network (PCORNet).

My research uses a genetical diverse cohort of mice fed defined diets to explore how diet and host genetics affect gut microbial density, short-chain fatty acids (SCFAs) production and (host) utilization. Reduced gut microbial density has been observed in humans with IBD. I hypothesize that microbial density is a predictor of microbial fermentation output (SCFAs) and is modulated by the interaction of host genetics and diet because SCFAs have myriad effects on host metabolism. However, we do not understand the factors that influence effects attained from SCFAs. I also hypothesize increased host uptake of SCFA is associated with health outcomes. 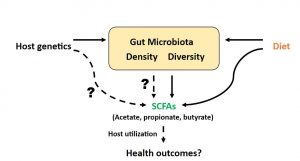