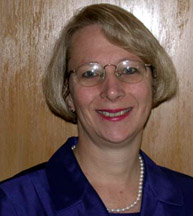 Our laboratory studies how dietary agents, such as nutrients or toxicants, affect a child’s birth defect risk. We focus on alcohol and Fetal Alcohol Spectrum Disorders (FASD), which is the most common cause of neurodevelopmental disability in children. Although FASD is 100% preventable (don’t drink when pregnant), alcohol can be powerfully addictive; moreover, some people still prefer to believe there is no danger. Thus FASD affects between 0.9% and 5% of births in the U.S.; Wisconsin rates are above average because we have the highest binge drinking rates in the nation (23.4%, CDC 2008).

Our major research line investigates how alcohol damages the developing fetus, specifically the mechanism by which alcohol (0.05-0.3% BACs) cause apoptotic cell death within the embryo. Our focus is a stem cell population called the neural crest, which contributes to neuronal and craniofacial populations (Smith & Kragtorp, 2006). We found that ethanol treatment rapidly mobilizes intracellular calcium stores within the neural crest (Kragtorp et al. 2003) and this calcium transient is necessary and sufficient for their ethanol-induced apoptosis. This calcium transient originates from G protein activation (Gαi2/3 and Gβγ) and PIP2 production from phospholipase Cβ (Garic-Stankovic et al. 2005). Ethanol’s calcium transient activates the intracellular protein kinase CaMKII (Garic et al. 2011), which converts the calcium signal into a long-term effector of cell fate. One target of CaMKII is β-catenin, a transcriptional effector that is essential for neural crest development and survival. Ethanol rapidly depletes β-catenin from neural crest and thus causes their apoptosis (Flentke et al. 2011); this work received the 2012 James G Wilson Publication Award from the Teratology Society. In a study just concluded, we find that CaMKII can directly phosphorylate β-catenin and mediate its proteosomal depletion; this represents a novel mechanism to regulate β-catenin activity. Current efforts focus on why β-catenin loss is pro-apoptotic. Our operating hypothesis is that this dysregulates the transcriptional repressor snail2 and key apoptotic regulators such as bad, bax and bcl2. This research is supported by a MERIT R37 award from the NIAAA.

We are also interested in factors that modify vulnerability to FASD. The identification of such factors offers novel insights into FASD prevention and treatment. To identify genes that modify ethanol sensitivity, we performed high-throughput transcriptome analysis of two closely related chick strains that differ in their ethanol sensitivity with respect to the calcium transient and apoptosis. We identified 20 genes harboring complex SNPs that differ between these strains, as well as 362 transcripts having differential expression. Several of these genes map into our ethanol signaling pathway; others are developmentally important, and still others are novel. We are now cloning the most significant candidates to affirm their neural crest expression. We are using both gain-of-function and knock-down approaches to identify their contributions to neural crest development and ethanol sensitivity. This work uses both chick and zebrafish models of embryonic ethanol exposure, the latter which is amenable to morpholino knockdown.

We also study the influence of maternal nutrition upon FASD vulnerability. We use rodent models to study how maternal iron deficiency (ID) affects FASD outcome. We find that maternal ID profoundly impairs selective aspects of neurodevelopment including associative learning, myelination, and somatic growth. Importantly, these deficits comprise key diagnostic criteria for FASD and thus our data show that ID is a potent modulator of FASD vulnerability. Because gestational ID is common, this ID-alcohol interaction is likely responsible for a significant percentage of FASD diagnoses. Because clinicians are already testing iron supplementation in at-risk pregnancies, we are studying how alcohol affects fetal and maternal iron metabolism. We are also studying how ID and alcohol interact to adversely affect brain development. Longer term, we wish to identify other nutrients that affect FASD vulnerability in alcohol-exposed pregnancies, including micronutrients and macronutrients.