History of the Department of Nutritional Sciences 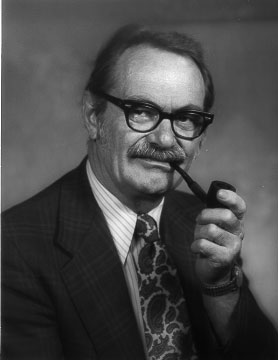 In 1965, a task force appointed by Dean Glenn Pound with input from Dorothy Strong, Chair, Department of Food and Nutrition in the School of Home Economics, recommended that food and nutrition programs be emphasized in the future development of the college. The Department of Nutritional Sciences (DNS) was subsequently established in the College of Agricultural and Life Sciences (CALS) in 1968 under the leadership of Alfred E. Harper who served as department chair from 1968-1982. In establishing the DNS, Dean Pound charged the faculty to build a solid base in the biological domain of nutrition research in order to support the development of clinical and applied domains of research in nutritional sciences. The new DNS was given responsibility particularly for programs in human nutrition, dietetics, and for public service in nutrition.
When the DNS was created, it consisted of four faculty members from the Department of Food and Nutrition in the School of Home Economics (Elson, Linkswiler [bio], Pringle and Gormican) and Animal Sciences (Benevenga) and one from Medicine (Shrago) who had accepted joint appointments in the DNS. space was allotted to the DNS in the Home Economics Building. In 1982, a building previously used as the Children’s Hospital was remodeled for the DNS. This building houses the present faculty. In 2001, the DNS building was renovated.

In addition to faculty members of the new DNS, faculty in CALS and the School of Medicine who had an interest in nutrition were given associate faculty status which enabled them to participate in the graduate training program in the DNS. In 1988, the Interdepartmental Graduate Program in Nutritional Sciences (IGPNS) was formed under the leadership of John Suttie.

The Dietetics major was moved to the DNS in 1968 and majors in Nutritional Sciences (Natural Sciences and Social Sciences) were also offered. The undergraduate instructional programs in the DNS have grown to be the third largest in CALS. 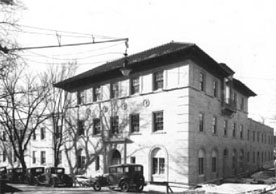 The Nutritional Sciences Building was built as a hospital for the children of Wisconsin. It was initially known as the Orthopedic Hospital and was opened on June 5, 1931.

The buff brick building had a three-story, 80-foot square center section at the corner, with two story wings projecting 92 feet to the west and south. The courtyard between the wings was intended as an outdoor exercise yard. There are reliefs of children’s heads on the upper portion of the center section. The hospital’s capacity was 113 patients, with a two bedroom suite for staff. A kitchen, laundry and swimming pool were in the basement. Operating rooms and a x-ray facility were located in the center section’s third floor. For 30 years, the hospital served its intended purpose very well, including the terrible polio epidemic in the early 1950’s.

In May 1961, the hospital received a $265,000 gift from the Joseph P. Kennedy Foundation (named for Joseph Sr. and Rose Kennedy’s eldest son) to support mental retardation research. A third floor addition on the south wing was built to house the Joseph P. Kennedy Jr. laboratories. Dr. Harry A. Waisman, of the Department of Pediatrics, headed the mental retardation research program.

Read our synthesis, “UW Madison Nutritional Science: Making an Impact on Healthy Living” for more information of about the department.