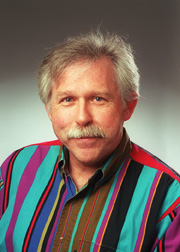 Background: The outcome of our research is to develop and use new molecular-biology based biomarkers for selenium status, both deficient and high, and to identify non-selenoproteins involved in sensing and protecting against selenium toxicity. 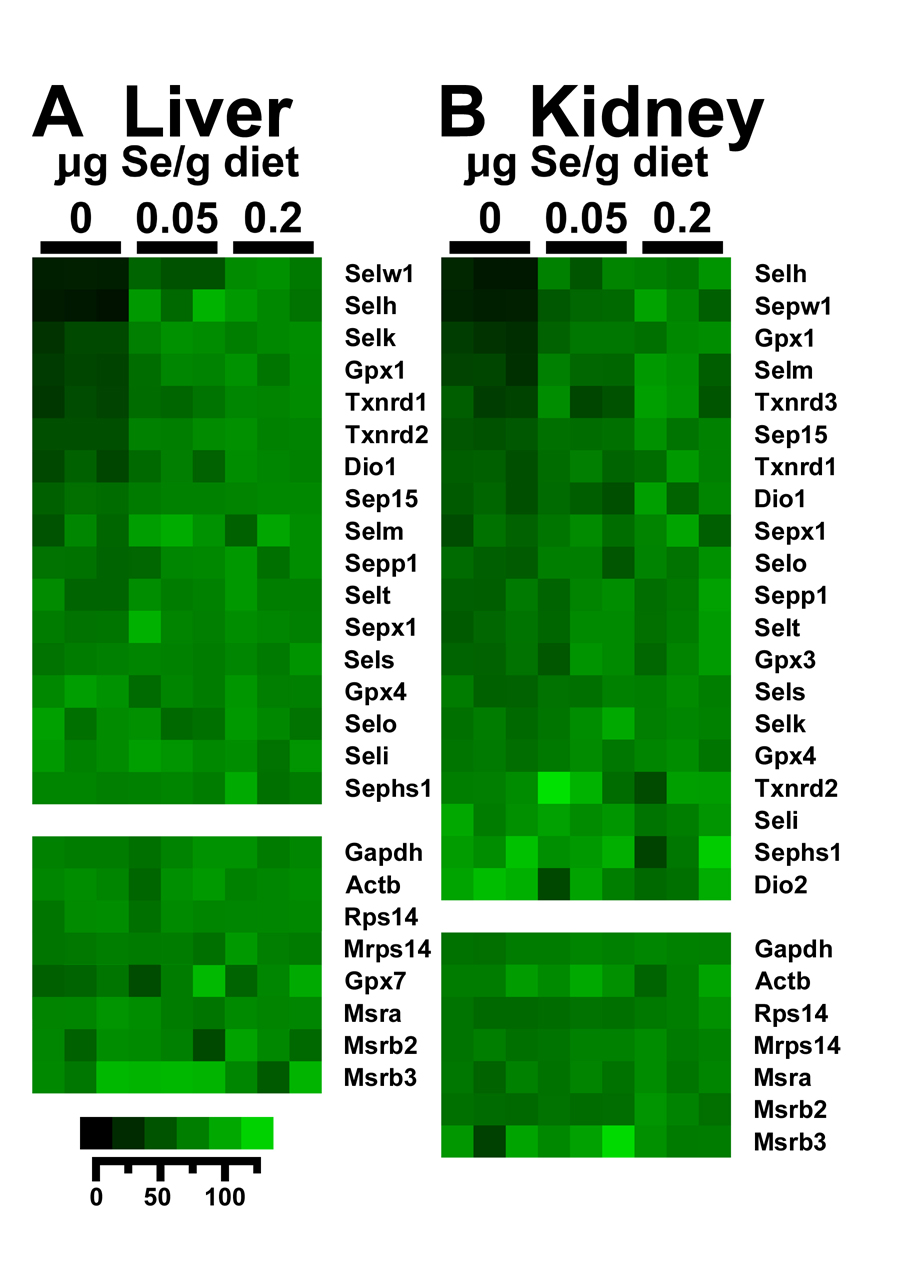 For a number of years, we have been studying Se requirements and Se regulation of gene expression. We found that levels of the Se-dependent enzyme, glutathione peroxidase-1 (Gpx1), decrease dramatically in Se deficiency, and then discovered that mRNA levels for Gpx1 also decrease similarly and that Gpx1 mRNA could be used as a molecular biomarker to determine Se requirements. We also found that mRNA for Gpx4, a selenoprotein paralog with 40% sequence identity, was not regulated by Se status. We also extended these studies using recombinant constructs in cultured cells to better understand the mechanism of Se regulation of mRNA stability. These studies were used in establishing rodent Se requirements, and we more recently extended this approach to ages of the life-cycle that are less easily evaluated; we found that the Se requirement does not increase during pregnancy and lactation in rodents. Below are several examples of recent projects in the lab:

Can we uncover additional selenoprotein mRNA that are highly-regulated by Se status?
Elegant studies by Gladytshev et al. have recently identified the entire selenoprotein proteome in rodents and humans, thus allowing us to evaluate Se regulation of the entire selenoproteome. Mice were fed Se-deficient, Se-marginal, and Se-adequate diets (0, 0.05 and 0.2 µg Se/g, respectively) for 35 days, and selenoprotein mRNA levels in liver and kidney were determined using microarray analysis and qRTPCR analysis. Se-deficient mice had liver Se concentrations and liver Gpx1 and Txnrd activities that were 4, 3 and 3%, respectively, of levels in Se-adequate mice, indicating that the mice were Se-deficient.

Can we determine the Se requirements and regulation of the complete selenoproteome in the well-characterized rat model?
Male weanling rats were fed Se-deficient diets (0.005 µg Se/g) supplemented with graded levels of Se (0 to 0.8 µg Se/g) as Na2SeO3 for 28 d, and blood, liver and kidney were assayed for Se-dependent biomarkers . There was no effect of Se deficiency on growth. Liver and kidney Se concentrations in Se-deficient rats were 3 and 14% of Se-adequate levels, respectively, and both reached breakpoints at ~0.1 µg Se/g. Se-deficient plasma Gpx3 activity, and liver and kidney Gpx1 activities were 2, 2, and 6%, respectively, of Se-adequate levels, and all had plateau breakpoints at ~0.1 µg Se/g. mRNA expression was determined by qRT-PCR for all 24 selenoproteins (Fig 2). Liver Gpx1, Sepw1, Selk, Selh, and Gpx3 mRNA levels were 11, 21, 28, 29, and 33%, respectively, of Se-adequate plateau levels, with plateau breakpoints at 0.05-0.07 µg Se/g. In kidney, Gpx1, Sepw1, Selh, and Gpx3 were also highly regulated by Se status, with similar plateau breakpoints. In addition, 6 mRNA in liver were moderately down-regulated by Se status, and 3 mRNA in kidney were moderately down-regulated. Just as in mice, the majority of selenoprotein mRNA in liver (12) and kidney (16) were not significantly down-regulated by Se deficiency. Selv appeared not to be expressed. The plateau breakpoints for Se-regulated mRNA are similar, and all are less than breakpoints for Gpx1 activity, suggesting a common mechanism for this regulation. 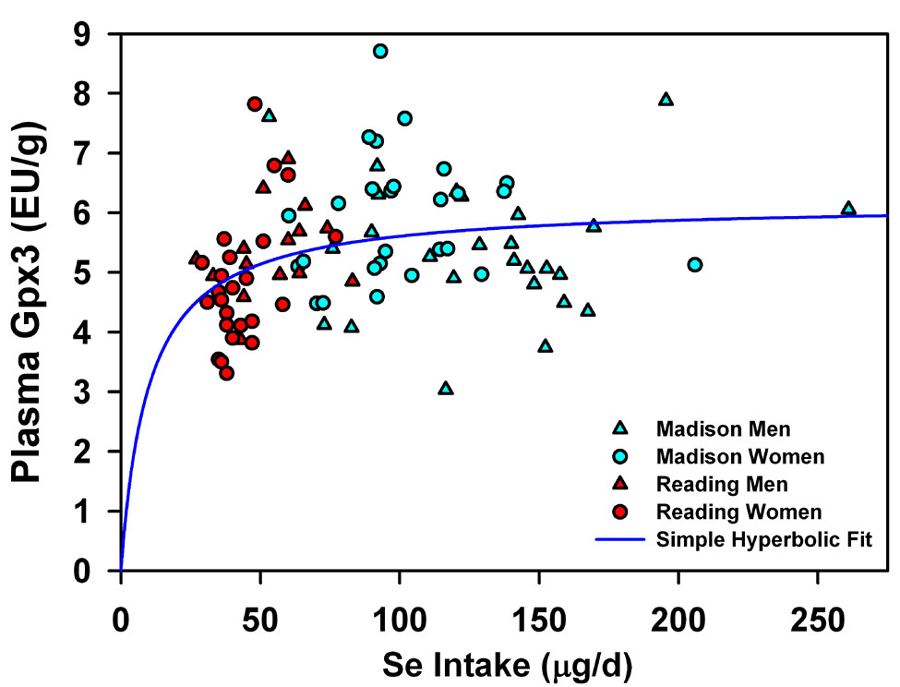 Can we use selenoprotein mRNA as biomarkers for human Se status?
In a collaborative study conducted in a Reading UK population which according to the literature was marginal in Se status, we found that these subjects were consuming an average of 48 µg Se/d, had plasma Se levels of 1.13 µmol/L and were on the Se response plateaus for plasma Gpx3 activity (Fig 3), plasma Se, and for 7 selenoprotein mRNA that we found to be significantly regulated by Se in the mouse microarray study. Thus these molecular biomarkers, however, as well as biochemical and chemical markers, did not suggest that this population was marginal in Se status. We have also assessed Se status in 60 Madison WI subjects. Dietary Se intake averaged 116 µg Se/d (240% of Reading values), but plasma Gpx3 activity averaged 5.65 EU/g protein (only 11% higher than Reading values) (Fig. 3), clearly indicating that the Madison subjects are also on the are plateau of the response curve. 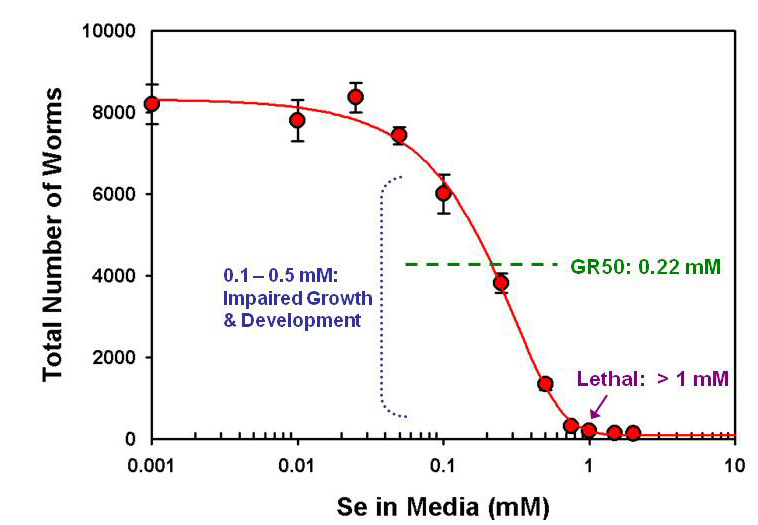 Can we identify molecular biomarkers for high Se status?
There are no good biomarkers for high Se status. Thus we are using C. elegans as a model for molecular Se nutrition research to identify genes that are up- or down-regulated by high-Se, using axenic (bacteria-free) media so that we can control nutrient concentrations. Fig 4 shows the effect of Se (0 to 5 mM Se as Na2SeO3) on growth and reproduction in the wild-type C. elegans. Six-day growth studies show a sigmoidal response curve with reduced growth at Se concentrations >0.1 mM, inability to reproduce at >1 mM, and a 50% growth reduction (GR50) at 0.2 mM Se. Using knockouts and/or RNAi for genes found to be changed at high Se status in rodent microarray studies, we are screening for altered sensitivity to Se toxicity or Se deficiency to identify non-selenoprotein genes that may be important in Se metabolism and protection against Se toxicity or deficiency, and that can serve as molecular biomarkers for Se status.

Barnes KM, Evenson JK, Raines AM, Sunde RA. 2009. Transcript analysis of the selenoproteome indicates that dietary selenium requirements in rats based on selenium-regulated selenoprotein mRNA levels are uniformly less than those based on glutathione peroxidase activity. J Nutr. 139: 199-206.